Okay, this has nothing to do with Houdini, but it has everything to do with Steven Bingen, the Warner Bros. archivist and Houdini buff who has helped me time and time again in my research, and was the man who discovered the long lost file on RKO 589. 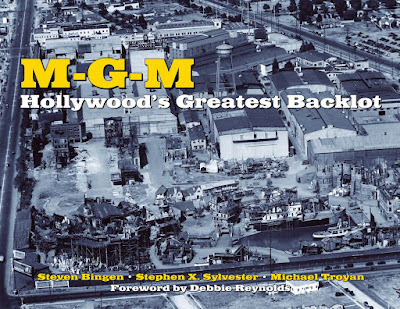 , a comprehensive look at the legendary and now long gone Culver City backlots that belonged to MGM during the Golden Age. This is a must buy for anyone with an interest in Hollywood history or the inner workings of movies studios. Congrats, Steve!

UPDATE: Check out the official book website here.
Written by John Cox at 11:30 AM