Alterna Comics picks up The Secret Adventures of Houdini

Alterna Comics has picked up Todd Hunt and Sean Von Gorman's indie comic The Secret Adventures of Houdini and will be releasing an expanded and revised edition of Book 1 on November 21, 2012. According to Sean, the scope of the story has been substantially broadened, including a visit to Houdini on the day his mother dies, and introduces Sir Arthur Conan Doyle into the storyline. This new edition will also feature beautiful new cover art by Michael Jared DiMotta (below). 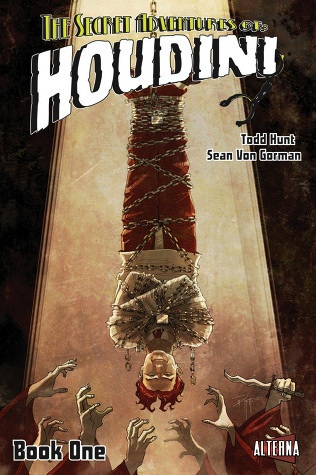 The Secret Adventures of Houdini was first released by AHF Media and GH Comics in December 2011. This new edition will appear in Previews in September.
Written by John Cox at 8:14 AM