It's the year 2079 and the United States has been divided by a new Civil War. It's in this setting that escape artist Alphonse Sterling, aka "Houdini redivivus", plans to perform his greatest feat during a 4th of July celebration -- walking through a mass of molten silver.

First released in 1978, I Am Not The Other Houdini was the first novel by science fiction writer Mike Conner. I don't recall if the book was any good, but I've always loved the cover art for the 1979 paperback. 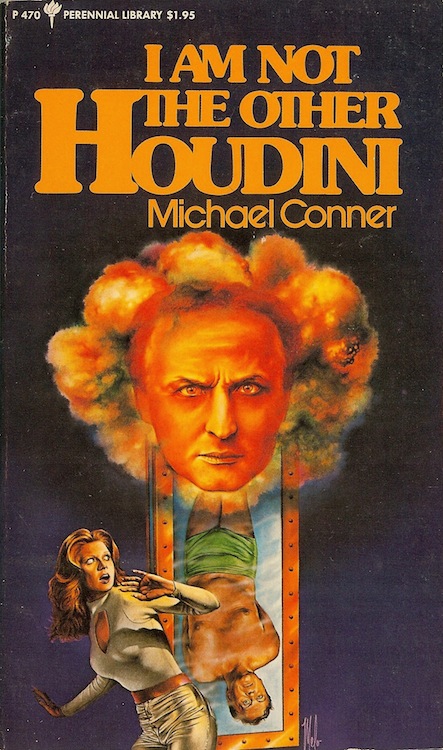 Below is a look at the cover of the 1978 hardcover edition by Harper and Row, and a 1989 paperback reissued under the new title, The Houdini Directive. 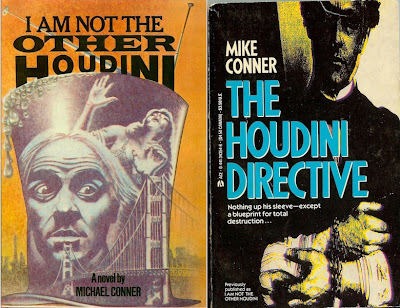