Today I offer up a very special Guest Blog by a very special contributor. Michael Cartellone is not only the drummer for the legendary rock back, Lynyrd Skynyrd, but he is also a major Houdini buff! That's right, he's "one of us." Michael recently shared with me photos of a remarkable discovery he made while touring. I'll let Michael take it from here...

One of the great things about my job is getting to travel and see the world. The reality though, is with all that travel, sometimes you lose track of where you are! As an example, the other day was typical of life on tour: travel at night, wake up at a hotel, work out, have lunch and then decide to go for a walk in the afternoon. I went out the front door- looked left- looked right- decided left looked more interesting, so I turned and started walking that direction.

Two blocks later, I came upon this... 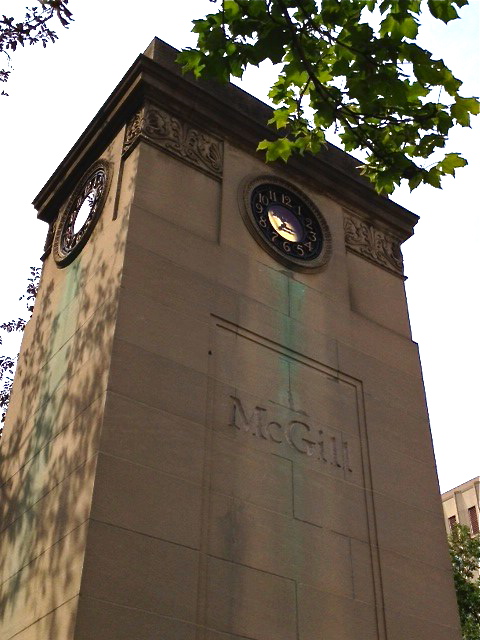 So, into the University Library I ran- and using one of their computer's, looked up the location of the Princess Theatré. It turned out, I was only a 10 minute walk from where it was originally located. As I was walking, I was a bit in shock, thinking how lucky I was to stumble onto McGill and now be heading toward the Princess- at the same time shaking my head in disbelief, realizing how easily it could have slipped by!

Anyway, I recognized the Princess right away- as it looked much like the photos I had seen online (after it had been gutted/remodeled into Le Parisien Cinema). It's a shame the original, beautiful marquee is gone, replaced with grey cement blocks, but it's a miracle that anything is left of the Princess, at all. 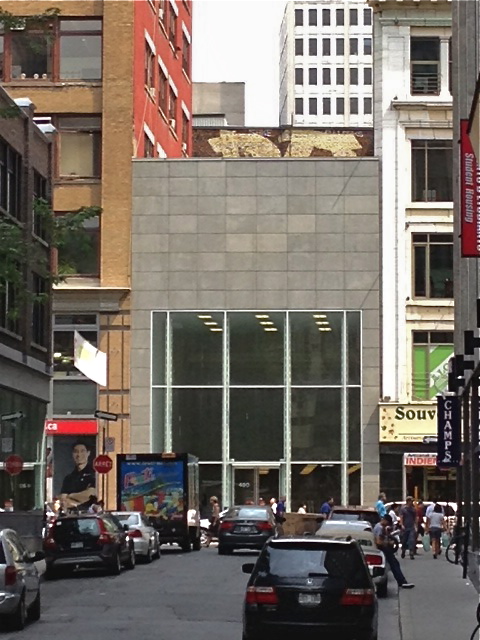 If you take another look at the above photo, you'll see what I saw as I was about to leave. Could it be? Is that old brick, from the original building above and at the back? As I work often in a Theatré, I recognized that as the tall/top of a stage (where the catwalk and lighting trusses would be). So, much like our friend John Cox would do with his camera, I walked around the back of the building.

Lo and Behold... there it was... the original backstage door and loading dock of the Princess Theatré! 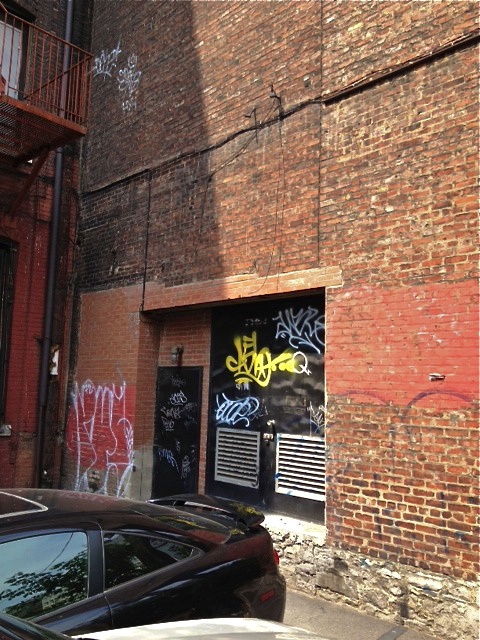 Apparently, when they gutted the Princess, they left the outer backstage walls intact! I couldn't believe what I was seeing.

Then, it really struck me... this is the backstage door Houdini would have used to leave the building... after the punch.

Best Wishes,
Michael Cartellone
Written by John Cox at 8:15 AM