Let's end the week with this photo of the great Doug Henning posing in front of the "Houdini for President" poster. It's a terrific image that captures two masters of magic, both of whom pioneered their own unique approach to the art, both of whom represented the pinnacle of magic in their day, and both of whom died at age 52. 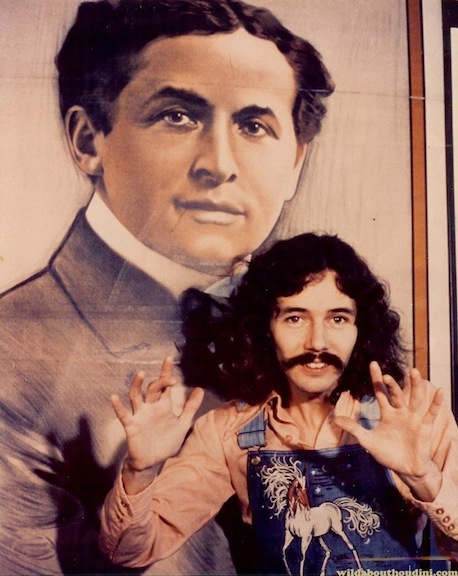 This shot was taken to promote Henning's first NBC television special in which he famously performed Houdini's Water Torture Cell. A similar photo was used in TV Guide and was actually the first image I ever saw of the real Houdini.

Just thought this was one to show and share. Have a great weekend!
Written by John Cox at 5:29 PM