Houdini to Bess – "Sweetheart Mine"

Houdini famously wrote love letters to his wife Bess that he would leave on her pillow or around the house. Now a fellow Houdini buff shares with us one of those letters from his collection. I don't believe it has ever been published. It's dated July 8, 1925, and appears to have been written while the Houdinis were staying at the Adams House hotel in Boston.

The letter is handwritten and a little hard to decipher. I've made my best attempt below. Maybe someone can improve on it? 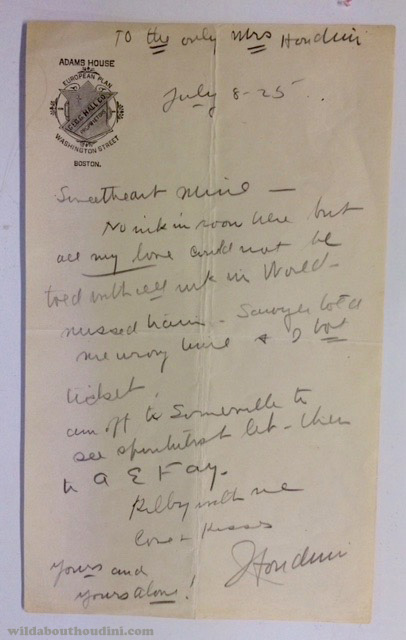 To the only Mrs Houdini
July 8 - 25
Sweetheart Mine –
No ink in room here but all my love could not be told with all ink in World –
Missed train. Sawyer told me wrong time & I bot ticket!
Am off to Sommerville to see spiritualist [illegible] - then to a E Fay.
Kilby with me.
Love & Kisses
Houdini
Yours and yours alone!


"Sawyer" is likely Bess's niece Julia Sawyer (I've also seen it spelled Sauer), who worked as an assistant to the Houdinis both onstage and off. "Kilby" is Houdini's friend and fellow theatre collector Quincy Kilby. Houdini's reference to "a E Fay" is Anna Eva Fay, the famous medium who lived in Melrose, Massachusetts.

This is a wonderful and also somewhat curious letter. Houdini's assurances to Bess that she is "the only Mrs Houdini" and that he's "yours and yours alone" feel like reassurances, as if they've had a fight. It's known that Bess would sometimes have fits of jealously. Perhaps this letter followed one of her "brain storms" (as Houdini once called them).

The Adams House was a Boston hotel built in 1883 that offered long-term lodging in the heart of the theater district. Next door was an annex where B. F. Keith opened his first vaudeville house in 1885. In 1908 he converted it into one of Boston's first cinemas, the Bijou Dream. The Adams House was closed in 1927 and demolished in 1931, although the annex building still stands today. 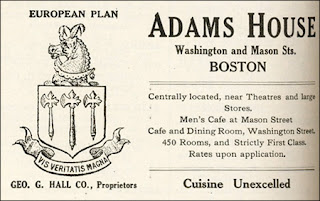 Thanks to our friend for sharing this wonderful letter. And thanks to "Ace Underwood" and David Saltman for helping improve the transcription.

UPDATE: This letter sold on eBay for $1,875.99.
UPDATE (2021): This letter is now part of Roger Dreyer's Houdini Revealed museum. It's framed with a tiara that belonged to Bess Houdini. 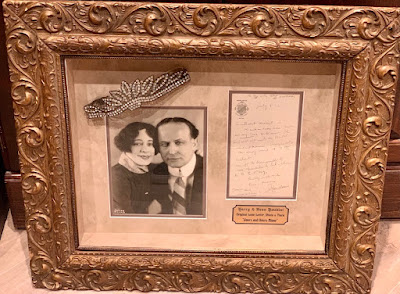