As if HISTORY hadn't already done enough to rile Houdini fans (recall Brad Meltzer and a certain miniseries), now, according to WBAY, the network has pulled tonight's episode of Monument Guys that was to feature the making of the new Houdini bust. According to the report:

A spokesman for Boldt Company in Appleton says a show that was scheduled to air on the History Channel Wednesday night about Houdini Plaza will no longer do so.

The episode of Monument Guys was pulled by the network Tuesday night according to the spokesman, who says he was notified Wednesday.

The spokesman says the show has been moved to H2 (History Channel 2), but it is unclear when the episode will air.


I have no idea why the network would do this, and it's pretty disappointing. The episode promised to reveal the bust's "hidden secret." 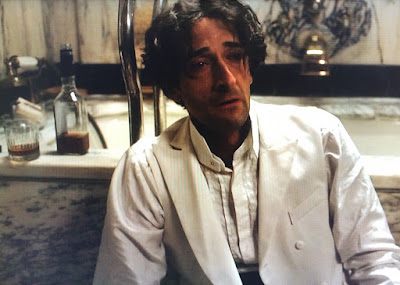