The color of Houdini's bathing suit?

Here is a colorized image of Houdini created by Dana R. Keller (danarkeller.com). Dana previously colorized another image of this same escape -- Houdini's 1914 overboard packing case escape off Battery Park -- but this time the artist has made an interesting new choice in regards to the color of Houdini's bathing suit. 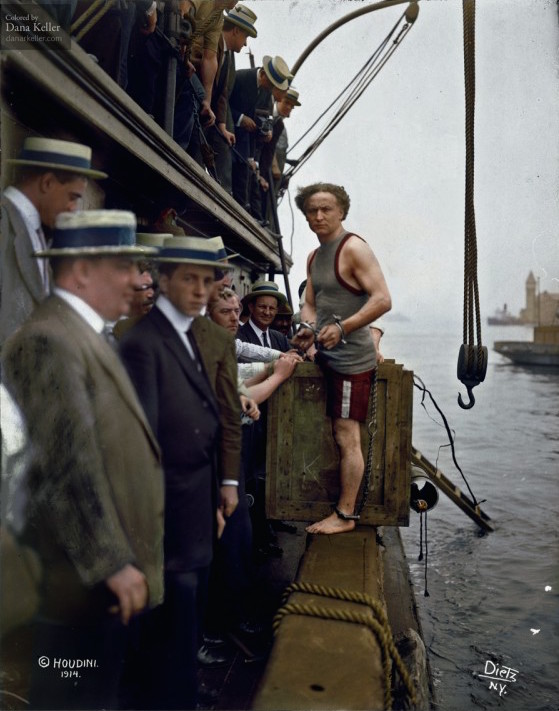 As you can see, Houdini is wearing red bathing trunks here. In Dana's earlier image it was gray and black. While we know Houdini wore an all-white bathing suit during his 1912 NY overboard box escape, the color of the 1914 suit was never recorded (as far as I know.) But in a description of a 1908 bridge jump in Philadelphia, a newspaper described Houdini as wearing "a bright red swimming suit," so red is a possibility here. It also makes sense that Houdini would wear a color that would make him visible among the crowd and in the water.

The color of the bathing suit Houdini wore onstage during his Water Torture Cell is recorded as having been a light blue.

You can buy a print of the above image at Dana Keller's Redbubble page.

UPDATE: We now know Houdini wore a "cerise-colored" bathing suit during his famous jump from the Harvard Bridge in 1908.