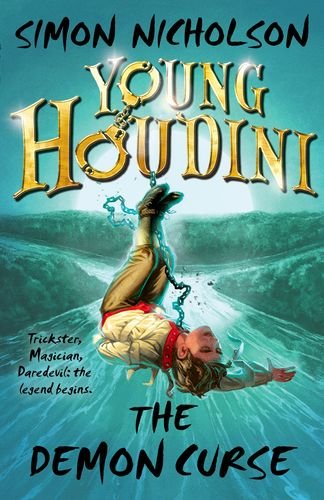 The second book in Simon Nicholson's Young Houdini series, The Demon Curse, have been released in the UK as a paperback by Oxford University Press (OUP). The story finds young Houdini and best friends Billie and Artie investigating a mystery in 1886 New Orleans.

The OUP website notes that film rights to both Young Houdini novels have already been sold. No word yet on a Book 3.

Purchase Young Houdini: The Demon Curse (UK edition) from Amazon.co.uk.
Written by John Cox at 8:07 AM