Here's a clipping from The Houston Post, November 5, 1923 announcing a radio address by Houdini on "The Sane Side of Spiritualism." It's not generally known that Houdini often spoke over the radio. In fact, the very day he was struck in his dressing room by J. Gordon Whitehead he gave a radio interview. I've always wondered how it's possible that not one of these radio addresses has survived. I have a fantasy that one day one will be discovered in some radio archive and we will once again hear Houdini "over ether." 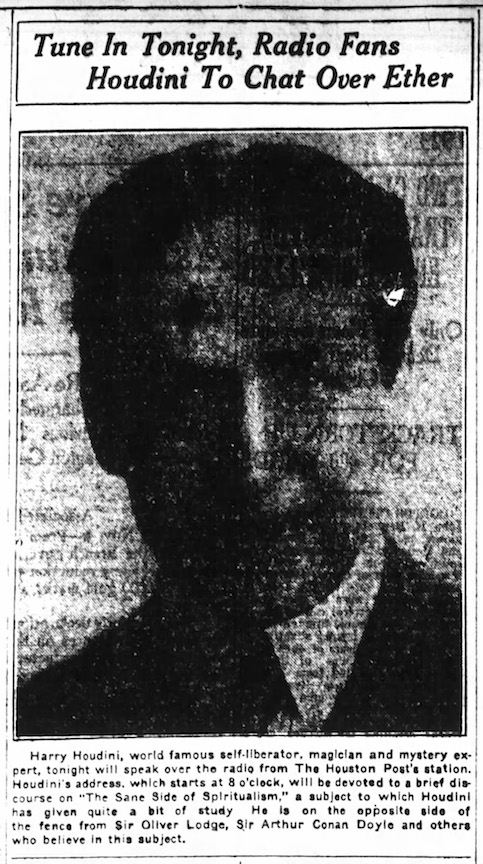 For a taste of what Houdini might have said in this 1923 address, check out my post from back in 2010. There I shared from my collection a two-page radio talk that Houdini gave over station WTIC in Hartford on December 3, 1925: 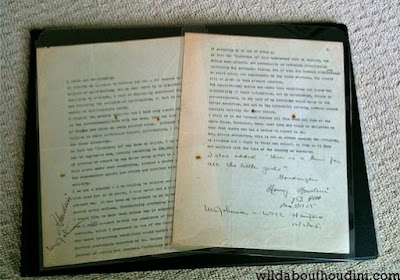