The Man From Beyond screening in the UK, May 23 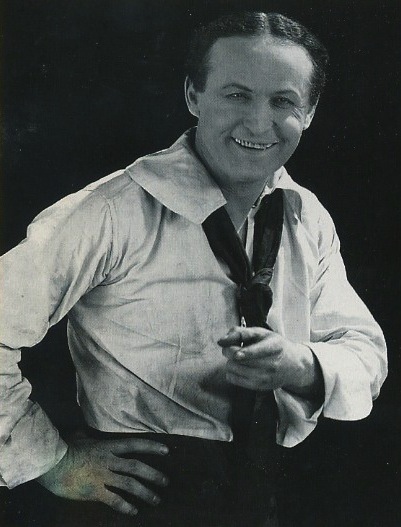 Houdini's silent feature The Man From Beyond will screen at the Southend-on-Sea Film Festival in the UK on May 23, 2015. Stuart Burrell, an escapologist and stamina strongman, will do a presentation that is said to include a clip from The Grim Game. My guess is this will not be from the new TCM restoration, but will be the plane crash footage from the Kino DVD set.

The Man From Beyond screening will take place at the Park Inn Palace Hotel Ballroom on Saturday May 23 at 6:00pm. For more information, check out the official website.

UPDATE: According to the always amazing Joe Notaro of HHCE, The Man From Beyond was released by Unity Film Company on Dec. 27, 1926. Joe uncovered this information in a 1927 Kinematograph Year Book. More here.

Email ThisBlogThis!Share to TwitterShare to FacebookShare to Pinterest
Tags: Events, Screenings, The Man From Beyond (1922), United Kingdom