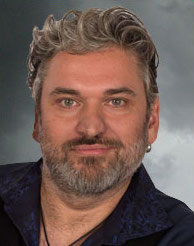 Today we have further evidence that the Houdini & Doyle TV series is moving forward. According to IMDb, Arwel Jones has joined as Production Designer. Jones is best known for his work on Sherlock and Doctor Who.

In March, FOX purchased the Houdini & Doyle idea from Sony Television and creators David Titcher, David Shore and David Hoselton. It's said that Shore will helm the 10-episode first season. The series will film in Canada and the UK.

The networks announce their lineups for next year during the week of May 11. We should learn then if we can expect to see Houdini & Doyle solving paranormal mysteries on FOX in 2016.