Houdini and The London Palladium 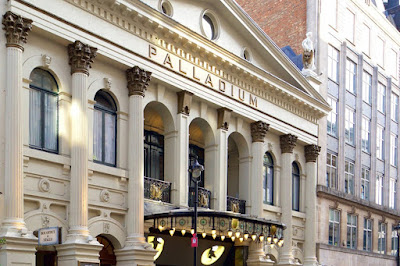 Our friend Karl Bartoni in the UK alerts me that Houdini appears in the new two-hour ITV documentary, The London Palladium: The Greatest Stage on Earth, hosted by Bradley Walsh. Near the end, Houdini is mentioned along with some film footage of the magician.

Karl isn't sure if he'd seen the footage before, but he says, "It took me by surprise and it was over before I could take in what was being shown." Luckily the doc will repeat tomorrow, Tuesday, May 29 at 11:50 P.M., so this is one to check out!

Houdini played the London Palladium for two weeks in early May 1920. He made $3,750 a week, reportedly the highest salary ever paid to a single performer at the venue. This was during what would be his final tour of the UK. Some sources show him at the Palladium in December 1919, but there's evidence he was home in New York at this time.

UPDATE: Karl checks back in with a screenshot to let us know that the footage shown is from The Master Mystery. He also says the documentary states Houdini played the Palladium for two weeks...in 1919! Whoops. 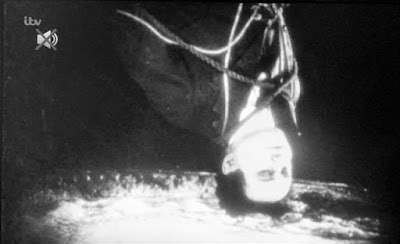