Houdini's Mirror Handcuffs to be displayed in New York 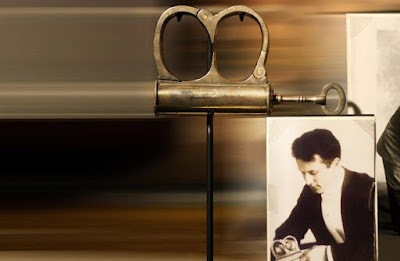 The legendary Mirror Handcuffs will be part of a display of original Houdini artifacts at the New-York Historical Society's Summer of Magic: Treasures from the David Copperfield Collection exhibition, June 15 to Sept 16, 2018. This is the first time the Mirror cuffs have been made available to view by the public in some 20 years!

The exhibition will feature a rich assortment of rarities from the Copperfield Collection. Below is a description from the museum's website.

Summer of Magic: Treasures from the David Copperfield Collection features highlights from the International Museum and Library of the Conjuring Arts, the incomparable trove of magical historical artifacts from the Emmy Award-winning illusionist David Copperfield. Evoking the New York magic shops that sparked Copperfield’s imagination, displays explore the careers and achievements of legendary magicians from the Golden Age of Magic (1889s–1930s) and showcase iconic objects used by Harry Houdini in his famous escape stunts, culminating with the Death Saw—one of Copperfield’s groundbreaking illusions. Curated by Cristian Petru Panaite, assistant curator of exhibitions.

Iconic objects on view include the Metamorphosis Trunk, used by Harry and Bess Houdini, that allowed the couple to magically trade places; handcuffs from the 1904 London Daily Mirror challenge, from which Houdini struggled to escape for more than 70 minutes; and Houdini’s Milk Can, an act that premiered in 1908 in which he attempted to escape from this colossal, locked can filled to the brim with water. Also on display are a dress believed to be worn by Adelaide Herrmann (1853–1932), the “Queen of Magic,” who started out as her husband’s assistant and carried on the show after his death, performing her dangerous death-defying bullet catch act; Harry Kellar’s Nested Boxes, an illusion performed for President Roosevelt’s family; and an Inexhaustible Barrel from Dante the Magician’s Broadway show Sim Sala Bim.

A recreation of a magic shop evokes the legendary New York City stores like Macy’s Magic Counter and Tannen’s Magic Shop that inspired and nurtured many magicians. On display are A. C. Gilbert Mysto Magic sets and props from Tannen’s grand catalog—decks of cards, linking rings, a disappearing bird cage, and wands.


The museum is planning a full program of magic and Houdini related events, including a special "Houdini Weekend" on July 13-15. I will be appearing on Friday, July 13, to give a short presentation on "Houdini in New York" before a screening of the acclaimed 2000 PBS documentary, Houdini. The event is free but you'll need to reserve tickets online or by calling (212) 485-9268.

For more information on the exhibition and all the programs, visit the New-York Historical Society's website. I will also keep you updated on all the Houdini-related talks and events. 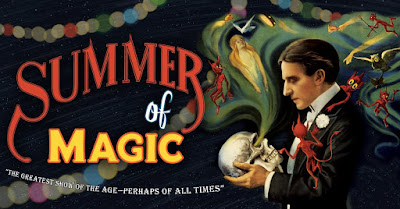