Houdini is back on 'Terror Island' starting TODAY 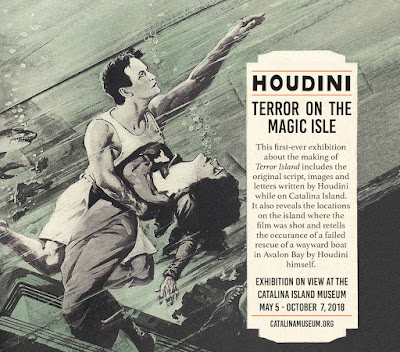 Today sees the opening of Houdini: Terror on the Magic Isle at the Catalina Island Museum in Avalon. The exhibit is devoted to Houdini's second Famous Players Lasky-Paramount feature film, Terror Island, which Houdini filmed on Catalina in November and December of 1919. It runs through October 7, 2018. 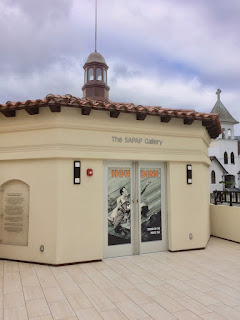 Last night the museum held its First Friday "Magic at the Museum" event featuring World Champion Magician Johnny Ace Palmer, preceded by a short Houdini talk by myself. The event was very well attended and offered everyone a first look at the exhibition. I can tell you, this is something very special.

Housed in the museum's standalone SAPAP Gallery, the exhibit tells the story of Terror Island from conception to its opening at a local Catalina Island movie theater in 1920. Among the treasures on display are original letters penned by Houdini while on location; pages from the original screenplay (showing the original title, SALVAGE); original stills; lobby cards; magazines; the pressbook; a pair of authentic Polynesian spear handles, said to be the only known surviving props from the movie; and recently discovered issues of The Catalina Islander newspaper from 1919 covering the filming of the movie as well as Houdini's infamous near drowning incident in front of the Hotel St. Catherine. An authentic 1910 diving helmet, identical to the one seen in the film, is also on display.

Almost all the artifacts are being displayed for the first (and likely only) time. Among the contributors are Arthur Moses, Mark Willoughby, Fred Pittella, Joe Notaro, Chip Romero, the Motion Picture Academy Library, and myself. 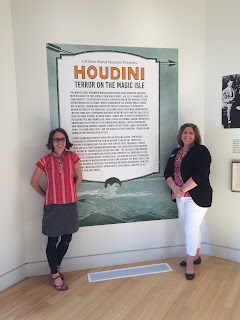 The story of the making of Terror Island on Catalina is told with screen captures and photos of the locations as they exist today (this information has never appeared before). The museum also reconstructs the missing Reels 3 & 4 in an audio-visual presentation using stills and text from the original screenplay.

There is great artistry in how the exhibit is laid out, making this one of the most unique and special Houdini exhibitions that has ever been offered. And it's on Terror Island itself! That's magical. Credit is due hard work and skills of curator Julie Perlin Lee (who has become a bit of a Houdini nut herself during this process), assistant curator Jessica Zumberge, Gail Fornasiere, and all the staffers who clearly take pride in their beautiful island museum.

Of course, what would a Terror Island exhibition be without a screening of the movie itself? So on May 19th, the museum in conjunction with the annual Silent Film Benefit will screen Terror Island in Avalon's famous Art Deco Casino with live musical accompaniment by Michael Mortilla. Tickets can be purchased HERE.

And if you need a further inducement, the museum also has a fantastic exhibit devoted to the movie JAWS. The city of Avalon is also festooned with advertisements for the Houdini exhibition and the upcoming Terror Island screening. It's just so cool that after 99 years, Houdini back as a star on Catalina Island. 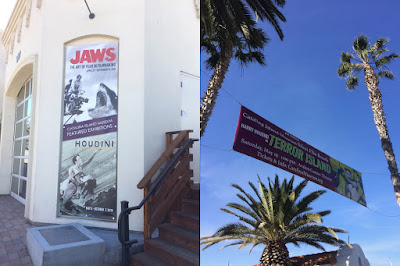 Catalina Island can be reached using the Catalina Express, which runs boats to and from the island all day long. The ride takes about an hour. Just watch out for cannibals! 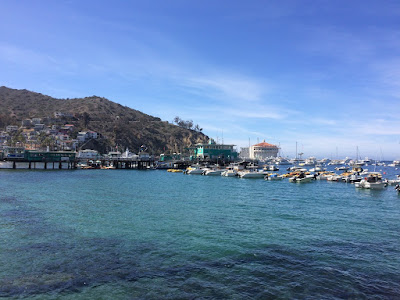 
For more information on Houdini: Terror on the Magic Isle, visit the Catalina Island Museum website. I will also keep you updated on upcoming screenings and related special events. The summer of Terror has begun! 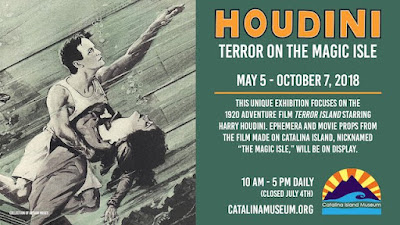