The Handcuff King's blog: Art and beer in Bavaria 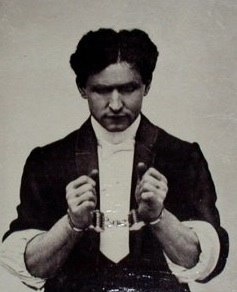 When Houdini first toured Europe during his early fame as The Handcuff King, he penned a regular column for the entertainment section of the New York Dramatic Mirror back in the USA. The columns are filled with wonderful, bizarre, and sometimes very funny bits of information about variety performers of the day, and give a vivid snapshot of the world of show business during Houdini's emerging super stardom.

There are also many revealing opinions and slice-of-life gems about Houdini himself that have never found their way into any books. In a way, these regular columns can be read as if they are Harry Houdini's very own personal "blog."

Thanks to the great Patrick Culliton, I now have a large collection of these blogs...I mean columns. I've been working my way through them with yellow highlighter and today I'd like to launch a new series, The Handcuff King's blog, in which I'll share some of my discoveries.

Let's start with an entry from September 14, 1902, headlined "Houdini in Bavaria". Houdini was writing from München (Munich) and opened his report by sharing a few observations about the capital city of the German state of Bavaria. The first thing that impressed the famous teetotaler was, surprisingly, the beer:

Well, here I am in the famous city of München, and have admired it until there is nothing else for me to admire. This is the city of "Art and Beer." The beer ought to come first, and just so, as in München it is always beer first and last. They certainly have made it an art, the brewing and drinking of beer. The first thing they do in the morning, after opening their eyes, is to ask "how is the beer to-day?"

I have lived for years in Milwaukee, where every other house seems to be a brewery, and have always had a grand opinion of the beer drinkers there, but they would "away to the rail timbers" if they could could see the amount the average person here can put away.


While Houdini was impressed with the beer drinking, he was shocked (maybe) by another discovery in a München store:

I must make an apology to Paris for what I have said regarding her sale of indecent postcards. The cards sold here openly would make Anthony Comstock blush. I entered a store to purchase a few pictorial cards to send home. The very saintly looking lady behind the counter showed me some cards hanging on the wall, and I turned all colors and hurriedly went away, after I had purchased all I wanted--that is. I did not want them, but simply bought them to show how wicked are the pictorial cards in München. In Paris, London, Belgium and Germany they sell cards secretly, but in Bavaria they are actually sold the same as gum drops. No wonder this city is known for its "Art."


So all Houdini collectors are on notice. Should you find a collection of naughty Bavarian postcards among Houdini's private papers, know they were just purchased so he could show how "wicked" they were. Indeed. 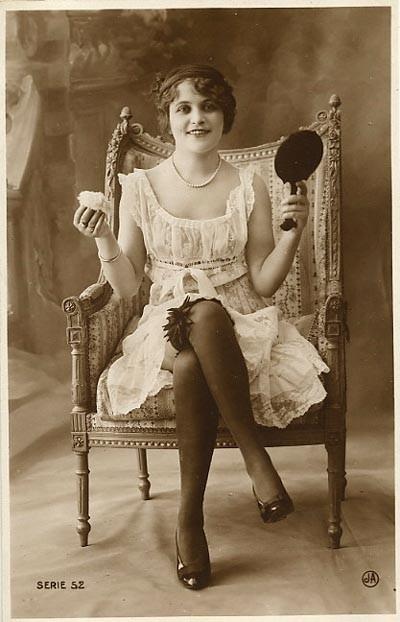 Ironically, it was during this same first tour of Germany that Houdini posed for a famous series of photos in loincloth and shackles, some of which were later used on postcards. Nothing sexy about those. 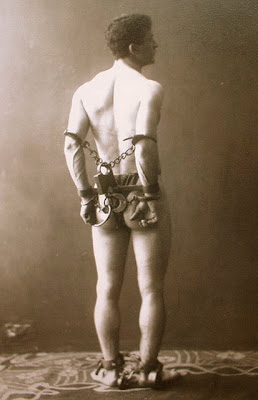 Coming next: Freaks of Octoberfest.
Written by John Cox at 2:11 PM