Collins and Mackenberg materialize on eBay

A 1944 "spirit photo" credited as being the elusive Jim Collins (Houdini's chief assistant and engineer) and Rose Mackenberg (one of Houdini's undercover spiritualist agents) has sold on eBay for an impressive $327. This is the best, most detailed photo of Collins I've ever seen, and it's the only photo of Rose that I've seen. The pic is an original Gelatin Silver print, 9 1/2 X 7 1/2 inches, and appears to have come from a newspaper file. 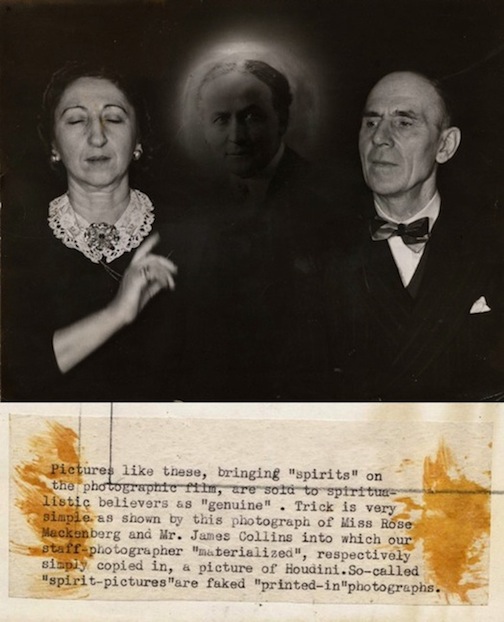 Thanks to Kevin Connolly at Houdini Himself for the tip.
Written by John Cox at 9:59 AM