Steinmeyer's The Card Trick published in August issue of Genii

The August 2011 issue of Genii Magazine contains a real treat for all Houdini buffs. This latest issue includes a short article by Jim Steinmeyer, Houdini and Margery in the Spotlight, in which he talks about his one-act Houdini play, The Card Trick. But the real treat is that Jim and Genii have included the full text of play with photos. Great stuff! 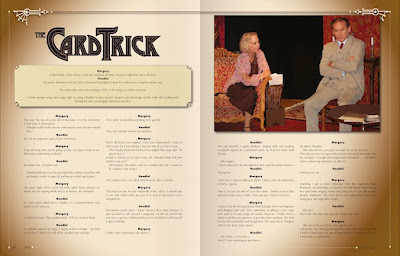 The Card Trick starred Jim Bentley as Houdini and Jeanine Anderson as Margery the Medium. It was performed for a limited time at The Magic Castle in May 2011. Click here for my review.
Written by John Cox at 11:53 AM