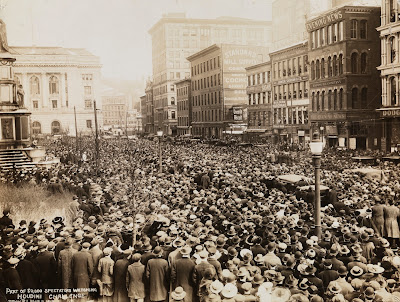 We've hit a new milestone here at Wild About Harry. We've just crossed 100,000 views since our debut on Nov. 10, 2010 (I know the blog shows posts going back to 2002, but those were imported from my old website). Not bad for only 8 months (to the day). Houdini lives indeed!

Thanks to everyone for the hits.


Photo: Houdini Art and Magic
Written by John Cox at 10:54 AM