In June 1920 Houdini attended a series of eight seances with the famous French medium Martha Beraud a.k.a. "Eva C." Eva's specialty was producing ectoplasm, a gooey or gauze-like substance excreted by a medium from various body orifices during a trance. The seances were held at 20 Hanover Square in central London, rented for the occasion by the Society for Psychical Research.

The first seance, held June 18, produced nothing. But during the subsequent seances, Eva C. produced ectoplasm from her mouth. It later vanished in her hands.

Houdini told Sir Arthur Conan Doyle, who was a great supporter of Eva C., that he found the sittings "highly interesting." However, in his diary, Houdini wrote that Eva C. had clearly "sleight-of-handed" the substance into her mouth. Later he elaborated in his book, A Magician Among the Spirits, that Eva employed the same technique that he used during his own East Indian Needles Trick. "I know positively that the move she made is almost identical with the manner in which I manipulate my experiment."

20 Hanover Square still exists today, and last month reader Andrew Beer, our man in London, took these photos outside the house. No ectoplasm in sight. 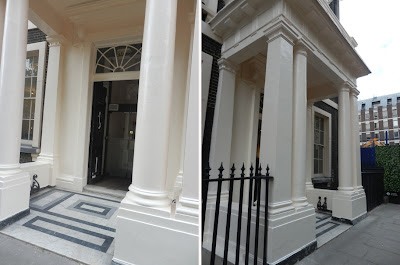 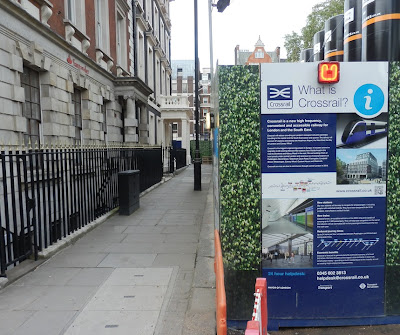 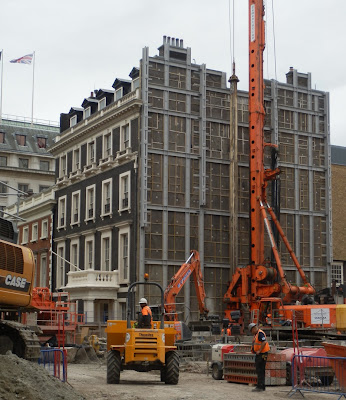 Thank you Andrew. We love this stuff!
Written by John Cox at 8:19 AM