Here's one for the collectors. I recently nabbed this copy of Harry Houdini Master of Magic by Robert Kraske on eBay. I've never seen this book with a green(ish) cover before. This is an ex-library copy so this might just be a library binding and not a true "variant." But it's still a nifty addition to my shelf of Houdini Kid Lit. 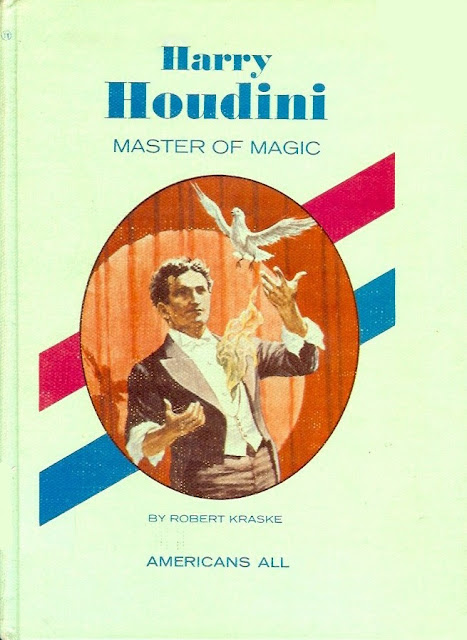 Harry Houdini Master of Magic was first published by Garrard Publishing Company in 1973 as part of their "Americans All" series of biographies. The original hardcover editions contained beautiful illustrations by Victor Mays.

Here are a few other versions of the Kraske book in hardcover and later as a Scholastic paperback. The paperbacks do not include the Mays illustrations. Scholastic's latest edition (the USD cover) was also released in a hardcover library binding. 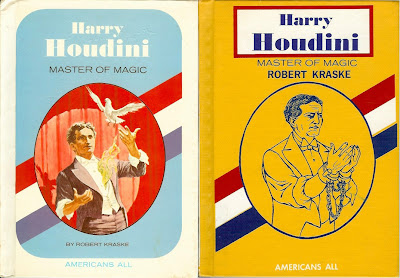 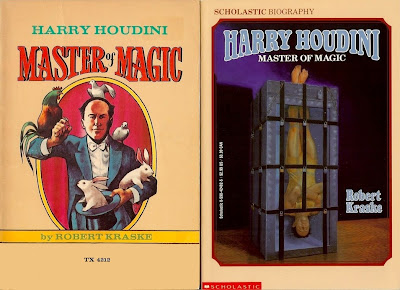