There have been a handful of Houdini-themed video games over the years, but here is what might be the very first Houdini video game, and one that I didn't know existed until it sold over the weekend on eBay (for $12.50).

HOUDINI ESCAPE was created by ALA Software in 1983 for use with the Commodore 64, one of the very first computer gaming systems. The description on the back of the box refers to "Henry" Houdini, which proves not everyone in Silicon Valley were geniuses back then. 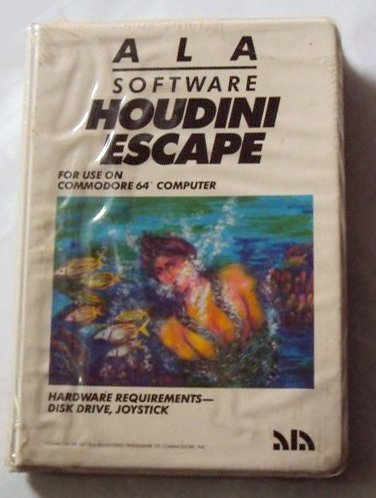 Is there a collectors market for Houdini video games? If so, this would be one to add.
Written by John Cox at 5:45 AM

Email ThisBlogThis!Share to TwitterShare to FacebookShare to Pinterest
Tags: Auction, Toys and games