Here's one that slipped past when it was first released in 2008. The children's biography Keep Your Eye On The Kid: The Early Years of Buster Keaton by Catherine Brighton immortalizes the moment when baby Buster falls down the stairs and Houdini gives him his famous nickname. 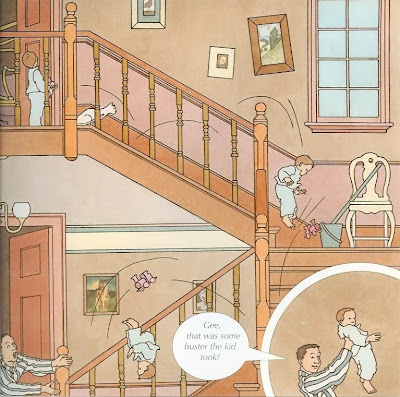 Of course, Keaton historians dispute the veracity of this. Apparently Joe Keaton assigned the honor of his son's naming to various famous personalities in his lifetime. But Houdini is the one that history decided to keep. Of course!

Keep Your Eye On The Kid: The Early Years of Buster Keaton is available on Amazon.com.
Written by John Cox at 12:40 PM