The Houdini Club of Wisconsin will hold its 75th annual convention this Labor Day weekend at the Middleton Marriot Hotel in Middleton, WI. The convention features world class magic shows, contests, dealers, merchandise, lectures and educational programs, and an award banquet. Evening shows are open to the public. 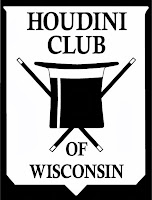 The Houdini Club of Wisconsin was founded in 1938 by three corresponding magical devotees, who wanted to have a state-wide magic club with the potential for an occasional get-together. The club would be linked by means of a newsletter-The Houdini Gram, with periodical distributions and by a yearly get-together. This new club was built on the existing membership of another organization called, The Houdini Club, which was founded in 1915.

Of all the magicians, why name a club after Houdini? It seemed logical to the founders that such a great organization should be named after one of the greatest magicians of all time, Harry Houdini. Harry lived for a time in Appleton, Wisconsin.

The Houdini Club has grown and it includes 130 members, mostly throughout Wisconsin as well as fifteen other states and Canada!


For more information on the Houdini Club of Wisconsin 75th convention visit the official website. Also look for a full page ad for WILD ABOUT HARRY in the official convention program. 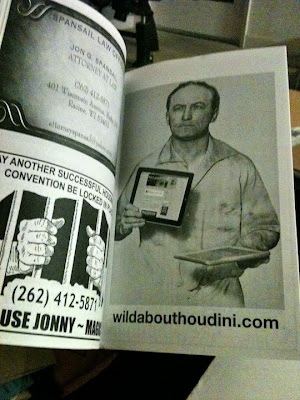 Click here for some rare photos of Bess Houdini presenting an award at the 1941 convention.
Written by John Cox at 7:09 AM

Email ThisBlogThis!Share to TwitterShare to FacebookShare to Pinterest
Tags: Conventions