BBC: The new Doctor is "Houdini"

If you're a Doctor Who fan, you know that Matt Smith will be leaving the series after the Christmas special and a new actor will take his place as The 12th Doctor next season. The BBC will reveal who that actor is this Sunday on live television.


According to the Evening Standard, the BBC has instituted a codename to keep the new Doctor's identity a secret: HOUDINI.

"We can’t wait to unveil the next Doctor with everyone live on BBC1 on Sunday night," says BBC drama controller Ben Stephenson. "Amongst all the speculation and betting, there has been lots of fun and intrigue at work as we’ve been using the codename Houdini as a decoy."

Houdini and the Doctor have been engaged in quite a dance lately. Not only has Houdini been name-checked several times in the series, but recently a short story, Houdini and the Space Cuckoos, was offered on the official Doctor Who website. In May a new Doctor-Houdini adventure, Smoke and Mirrors, was released as an audiobook. There's also a new t-shirt, The Great Whodini, being offered on websites like teecraze.com.

So who is Houdini? Find out Sunday. 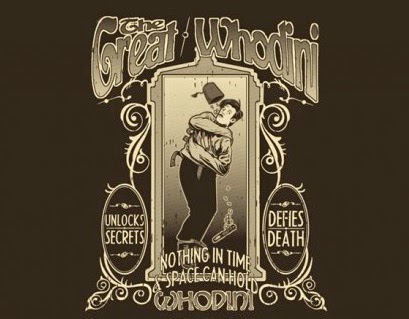 For a complete list of Doctor Who-Houdini references check out TardisWikia.