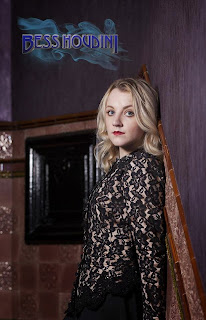 The Irish Post has a nice interview and profile of Evanna Lynch today. The Harry Potter star has been tapped to play Bess in the new UK play, Houdini.

It was the story — and particularly the feisty, strong-willed character that is Bess — that attracted Lynch to the role in the first place. “He [Harry] called her his lucky charm and I think it’s so interesting to explore the minds of these people who were in the background, who were supporting these people who become our idols,” she says.

Click the headline above to read the full interview at The Irish Post.
Written by John Cox at 10:41 AM