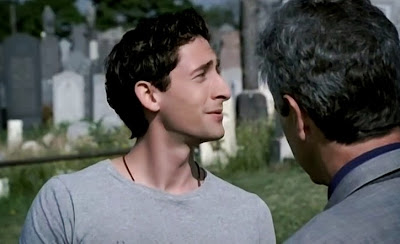 The big news this week was the greenlight given to History's upcoming 4-hour Houdini miniseries with Adrien Brody playing the master magician. But did you know Brody played Houdini once before? In the 1999 film, Oxygen, Brody played a kidnapper and killer who goes by the name of "Harry Houdini" and leaves clues to his crimes on Houdini's grave.

The movie didn't actually film at Houdini's real gravesite at Machpelah Cemetery. Instead it used much more modest mock-up of Houdini's grave, photos of which still get mixed into Google image searches for Houdini's real final resting place. 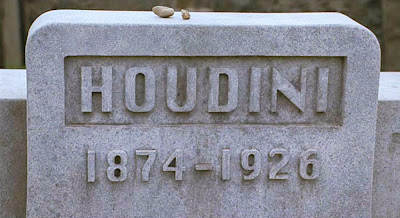 Oxygen is available on DVD. With Brody now set to play the real thing, this one might be worth adding to the collection.
Written by John Cox at 9:35 AM