Yikes! Clearly not wild about Harry

Houdini buff Barry Spector, who runs the antique shop Past Time Treasures in Clementon, New Jersey (which sports a Houdini-themed advertising banner in front), has come across a very interesting, if somewhat disturbing, Houdini item. It's a notebook, probably from around 1925-26, kept by what appears to be a Houdini hating spiritualist.

According to Barry, "There are many pages of newspaper clippings written by Houdini or mentioning him, and his crusade. There are also pages of notes on floating trumpets, sittings, spirit guides, a list of birthdays, and the like. The clippings come from the defunct Philadelphia Record. They mention Houdini's engagement at the Walnut St Theatre in Philly."

Barry sent along the following page, which clearly shows the depth of hatred some Spiritualists felt for Houdini during his lifetime. Vicious stuff. 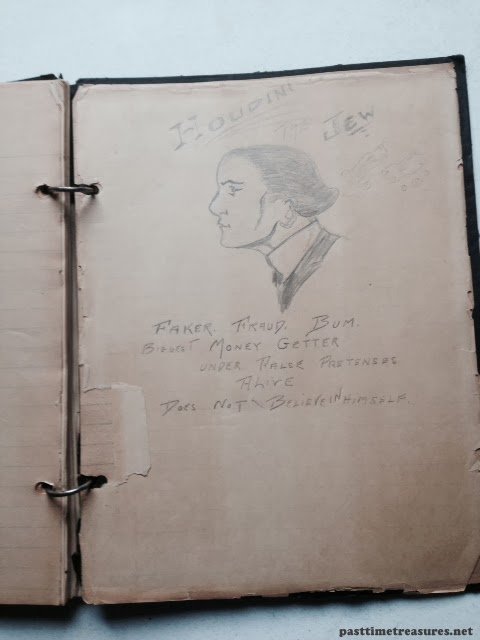 Thanks, Barry, for sharing this fascinating snapshot of the time.
Written by John Cox at 5:20 PM