Master Locksmith and Mirror Handcuff expert Mick Hazlink recently discovered this photo on Google images. This is the sold silver replica of the Mirror Handcuffs given to Houdini by the paper after the famous 1904 challenge. It appears the mystery man holding the cuffs is owner David Copperfield. Mick thinks this was taken for a photo shoot that ended up in Forbes Magazine. 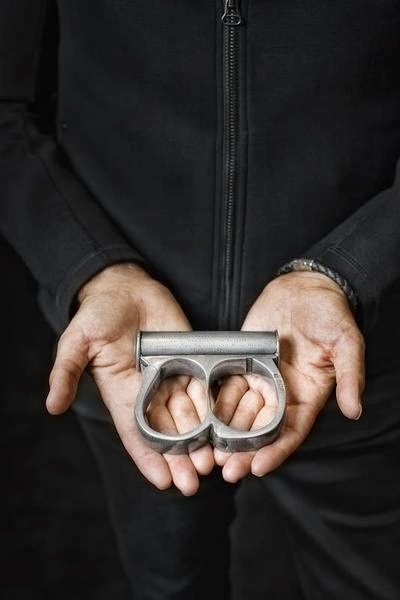 Mick also thinks the cuffs here look unusually small. So were the replicas smaller than the actual Mirror handcuffs, or does David Copperfield just have unusually large hands?

As we've seen photos of the replica side by side with the original cuffs, it would appear that Copperfield's hands are just big. Of course, you'll recall that we've established David has a big one.