LINK: Is this Houdini's spirit voice? 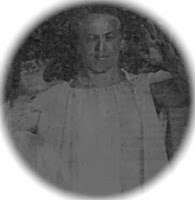 Dorothy Dietrich and Dick Brookz at the Houdini Museum of Scranton have posted the audio clip from last Halloween's Official Houdini Seance that medium Alan Hatfield claims contains Houdini's spirit voice. Alan, who's specialty is EVP (electronic voice phenomena), discovered voices on the 90 minutes of audio he recorded during the seance.

Has Houdini finally returned? I'm not endorsing nor debunking; just sharing. So click the headline and have a listen at the Houdini Museum of Scranton website.