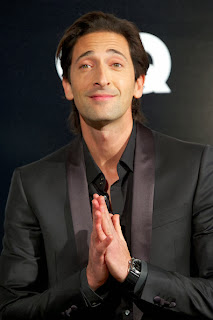 Word is the Houdini miniseries has now wrapped principle photography. The movie, which stars Adrien Brody as Houdini and Kristen Connolly as Bess, started shooting in Budapest in early October and completed its 46th and final day of production today.

Houdini is an A&E Studios Lionsgate co-production. The 4-hour miniseries is directed by Uli Edel from a script by Nicholas Meyer. It will air over the course of two nights on HISTORY in 2014.

Apart from Brody and Connolly, there has been no official announcements of other cast members. But a few names that have leaked out are: Eszter Ónodi as Cecilia Weiss; Evan Jones as Jim Collins; Connor Kelly as young Hardeen; Iván Kamarás as Rasputin; Luca Bercovici as Dr. Le Roi Crandon; Scott Alexander Young as Heward Carrington; George Mendel as J. Malcom Bird; and Jeremy Wheeler as Mayer Samuel Weisz.

Congrats to everyone involved in the production! Now begins the countdown to the (yet to be announced) air date.


Click here to view all the news on the Houdini miniseries.
Written by John Cox at 1:55 PM