Society of American Magicians to resume upkeep of Houdini's grave 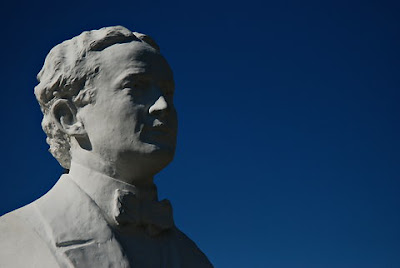 Today we have great news regarding the upkeep of the Houdini family plot in Machpelah Cemetery in Queens. In 2007 The Society of American Magicians stopped paying for upkeep of the gravesite due to issues with the cemetery. Dorothy Dietrich and Dick Brookz of the Houdini Museum of Scranton took on the responsibility of looking after the grave, largely with money out of their own pockets (and sometimes mowing the lawn themselves).

But now the S.A.M. has voted unanimously to resume financing the maintenance of the gravesite. National President Dal Sanders writes in the December 2013 issue of M-U-M:

"Harry Houdini is an icon as revered as Elvis Presley or Marilyn Monroe. He is not only a magical icon; his gravesite bears the seal of The Society of American Magicians. That seal is our brand and we as a Society should be proud of protect it. This gravesite is clearly our responsibility and I'm proud to report that the National Council unanimously voted to maintain Houdini's final resting place. In addition to this, I have appointed North Atlantic Regional Vice President Eric DeCamps to establish and chair a committee that will oversee the maintenance of the Houdini gravesite and be a contact for those who wish to visit the site and pay their respects."


This is excellent news! Bravo to the S.A.M. and President Dal Sanders for stepping back up to honor their "Most Illustrious" past president. 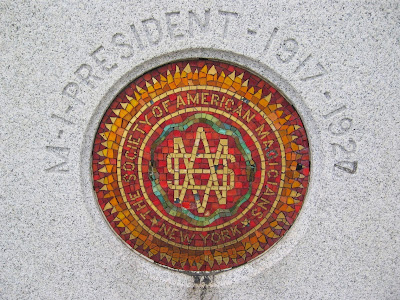 Thanks to Joe Fox for this news.