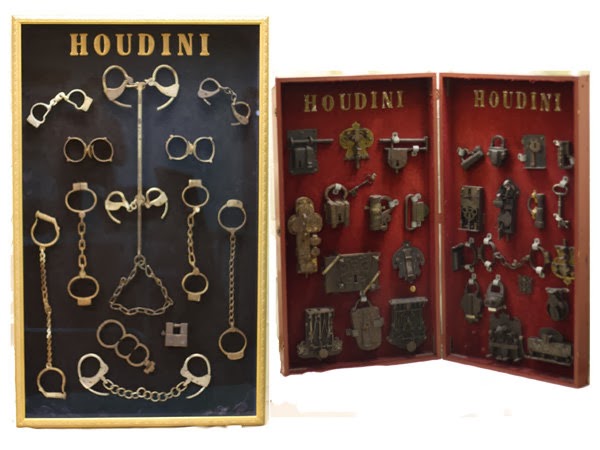 Philly.com reports that a large selection of Houdini items from the private collection of former Philadelphia 76ers president Pat Croce will be auction by Briggs in Pennsylvania on February 21, 2014.

The auction will include "about a hundred lots" devoted to magic and Houdini, including a set of Houdini's handcuffs valued at $60,000 (!), European castle locks collected by Houdini estimated to be worth $50,000 to $70,000 (!!), memorabilia related to Houdini's water-torture cell ($3,000 to $5,000), and various show advertisements, including challenges.

The case containing the castle locks is one of two display cases made for the 1953 film Houdini. For many years they were housed at the Houdini Magical Hall of Fame in Canada. Both cases sold at Butterfield & Butterfield in Los Angeles on November 15, 1999. The case offered here sold for $63,000.

But not all of Croce's Houdini treasures are going in the block. Philly.com says that Croce won't be auctioning off his Houdini straitjacket, "even if he sometimes fears his wife, Diane, would like him to wear it now and then."

Briggs says the auction catalogue is still being researched and will be available online when finished. 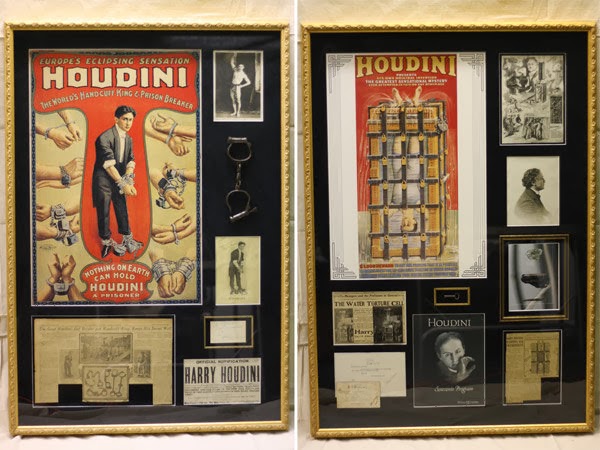 
UPDATE: Briggs Houdini auction listings are live.
Written by John Cox at 8:09 AM