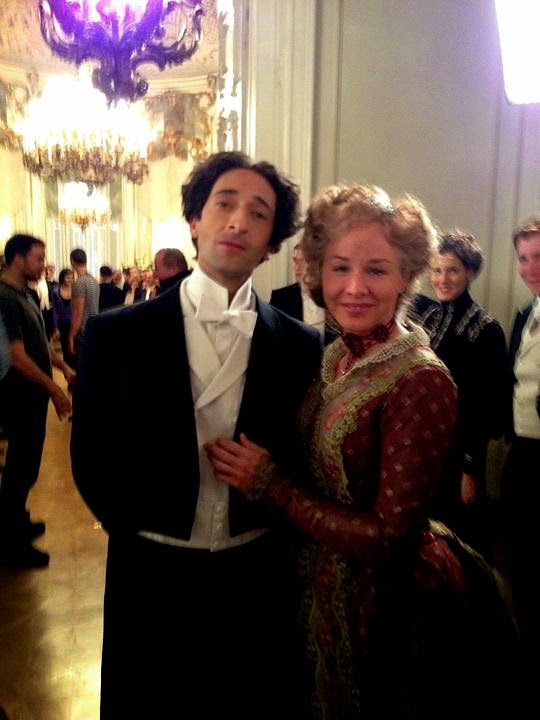 My guess is this is from the ball in Budapest when Houdini reunites his mother with relatives while she is dressed in a gown made for Queen Victoria (this scene was also memorably dramatized in 1976's The Great Houdinis). Seems fitting that our first good look at Harry would be with Mama by his side.

Houdini stars Adrien Brody as Houdini and Kristen Connolly as Bess. The 4-hour miniseries is directed by Uli Edel from a script by Nicholas Meyer. Houdini is an A&E Studios Lionsgate co-production. It will air over the course of two nights on HISTORY in 2014.


Click here to view all the news on the Houdini miniseries.


Thanks to Botond Kelle.
Written by John Cox at 1:51 PM