I'm delaying my year end review and break to share some exciting news! Collector David Haversat has discovered and purchased an original Houdini "America's Sensation!" poster from an antique store in California. As far as I know, this is only the third America's Sensation poster to ever turn up. Here's a photo of David's find. 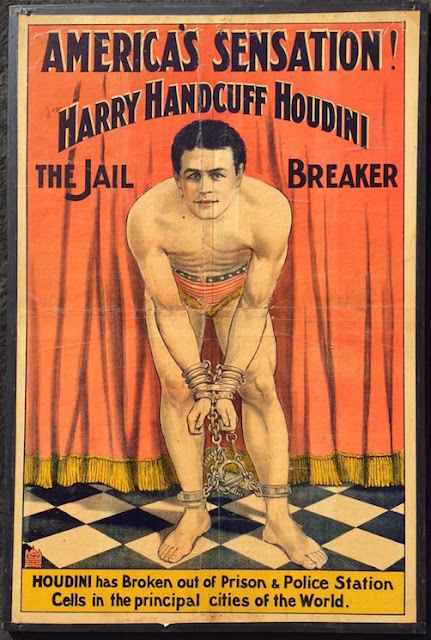 America's Sensation was the first poster advertising Houdini solely as an escape artist. Houdini commissioned it from the St. Paul printing company in London shortly after he arrived in England in 1900. It might also be the only poster billing him as "Harry Handcuff Houdini."

As I said, this is only the third known example of this rare poster. Collector Gale Molovinsky has one that he purchased from Mario Carrandi in 1980. The other was discovered in a scrapbook in the collection of the New York Public Library.

This newly discovered America's Sensation poster might be the same one that hung in the Houdini Magical Hall of Fame in Canada years ago. (You can see it in the photo I took in 1990 below.) The fold marks on this poster match those seen on the black and white reproduction in Houdini His Life and Art, which is credited to the museum. But how did the Houdini world lose track of this poster for so many years? 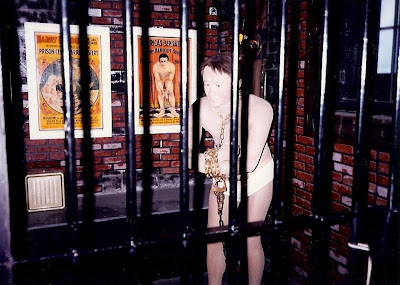 David plans to have restoration work done on the poster. And if you're wondering whether it will appear in a future Haversat & Ewing Galleries auction...sorry. Says David, "It's a keeper!"