Yes, Star Wars The Force Awakens has a Houdini connection Did you happen to catch the Houdini connection in the new Star Wars: The Force Awakens? If you have an eagle eye, near the end of the film you can spot Houdini miniseries producer Gearld Abrams in a cameo as a Resistance officer. Even though he doesn't have dialogue, Abrams appears in the final credits as Captain Cypress.

Gerald Abrams, or Gerry as he's credited, is the father of Force Awakens director J.J. Abrams. He's had a long a career as a producer in television and was the driving force behind the 2014 Houdini miniseries starring Adrien Brody. In June he and screenwriter Nicholas Meyer received and IIG award for their work on the miniseries.

Of course, the original Star Wars also has a nice Houdini connection. Peter Cushing, who played Grand Moff Tarkin, traveled to Los Angeles immediately after his work on the George Lucas film to appear as Sir Arthur Conan Doyle in The Great Houdinis. Cushing filmed for two days, May 11 & 12, 1976, at the 20th Century Fox studio. The same studio that produced, yes, Star Wars. 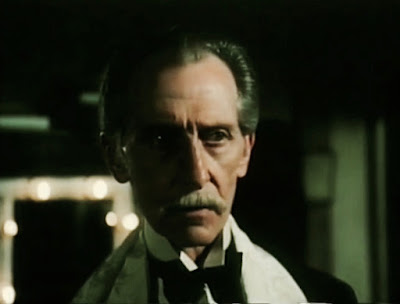 Apart from David Warner doing voice work for a Star Wars video game (Warner played Conan Doyle in the 1998 TNT Houdini movie), I don't know of any other Star Wars Houdini connections. Do you? If so, let us know in the comments.