Nick Meyer on Houdini: "The History channel cut it to ribbons." 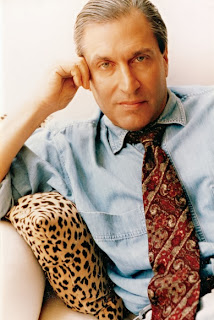 My favorite Sherlock Holmes website, I Hear of Sherlock Everywhere, has a terrific podcast interview with Nicholas Meyer, who wrote the seminal Sherlock Holmes pastiche novel, The Seven Per Cent Solution, as well as the screenplay for the film version. But we know Nick Meyer around here as the writer of the Adrien Brody Houdini miniseries, which comes up briefly in the conversation around 01:38:45.

"I did this Houdini movie that was on for two nights with Adrien Brody on the History channel. I wrote that. And the History channel cut it to ribbons. But you can get it on DVD, it's considerably better on DVD. They call it the expanded version, but what they really mean is the overseas version."


While the History channel didn't massively cut the film down in length, what they did cut was essential to understanding Meyer's intended mix of fact and fiction (including the disclaimer that explains just that). I agree that the extended edition is the only way to watch the film, and it even led me to reassess and re-review the miniseries here: How I learned to love the Houdini miniseries.

Unfortunately, the version that's streaming on Netflix, which is how most people are experiencing Houdini these days, is the butchered History channel version.

Meyer is a candid conversationalist and tells fascinating stories about the creation of The Seven Per Cent Solution and his adventures in the world of Sherlock Holmes and Hollywood, so click on over and listen to the entire podcast at I Hear of Sherlock Everywhere.