The Great Houdini: His British Tours coming in 2016

An all-new expanded edition of Derek Tait's excellent study of Houdini's exploits in the UK will be released in the second half of 2016. Retitled The Great Houdini: His British Tours, the book will contain a wealth new information uncovered by Derek since his original publication in 2011. It will also include rare photos from some top Houdini collections. The Great Houdini: His British Tours will be published by Pen & Sword Books. Here's sneak peek at the cover art. 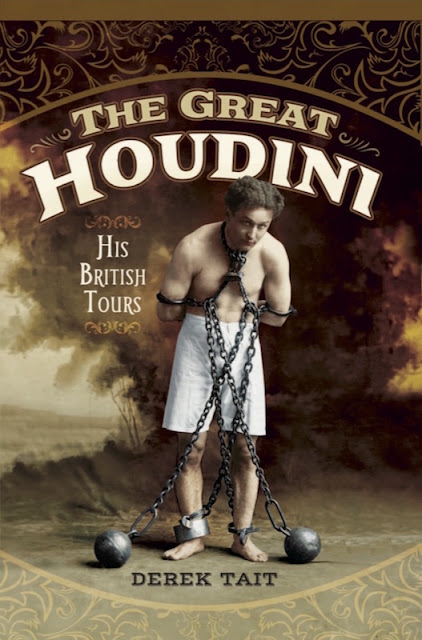 The Great Houdini: His British Tours successfully pieces together Houdini's appearances using archive material, old newspaper clippings and extensive research. His friendship with Sir Arthur Conan Doyle is also documented, along with his involvement with séances and spiritualism.

The book gives the most comprehensive account of his time within the UK and brings to life the excitement and thrills of many of his appearances. It contains many photos and adverts from his shows, some of which have not been seen since they were originally published over 100 years ago, and offers an insight into the life of one of the world's greatest entertainers.


There is no listing for the book yet on Amazon, but I will keep you posted. This will be a must have!