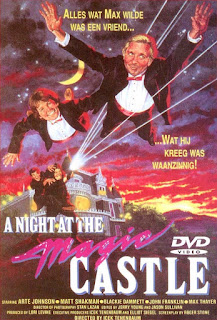 This week it was announced that Scott Free Productions and Radar Pictures have teamed with Milt Larsen to develop a movie about the Magic Castle. Reports are they are "seeking to develop properties across various platforms and simultaneously exploring TV and digital opportunities." Radar had originally set up a Magic Castle movie at 20th Century Fox, and at one point had McG attached to direct, but the rights reverted back last year.

However, hardcore Houdini buffs will recall that a movie set inside the Magic Castle was already done in 1988 with Houdini as a main character! A Night At The Magic Castle starred comedian Arte Johnson as the ghost of Houdini who brings a 7-year-old boy to the Castle for a night of magic and adventure (which is every bit as creepy as it sounds). You can view select clips in this post from 2012. The full movie is also available on YouTube.

Here's my idea. Forget all the cross platform whatnot and make a movie about the true story of the creation of The Magic Castle by Bill, Milt and Irene Larsen in the 1960s. If you read Milt's 2012 series "50 Years at the Castle" in MAGIC Magazine, you'll know there's a wonderful story there about the rebirth of magic in a dying Hollywood. For me, this would be the best way to honor and immortalize the Magic Castle and its founders.

But I'm thinking they'll give us more ghosts and grade-schoolers. 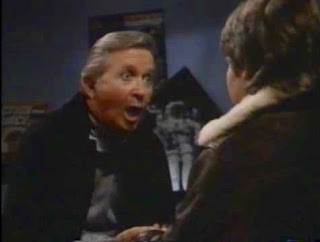 "They're bringing us back!"