No, this isn't an April Fools joke, it's Houdini vs. The Ghostbusters...for real! It happened on September 30, 1987 in Season 2 of the animated series The Real Ghostbusters. The episode was called "The Cabinet of Calamari" and involved a magician, the "Great Calamari", who finds himself being harassed by Houdini's spirit in an old Broadway Magic Theater. 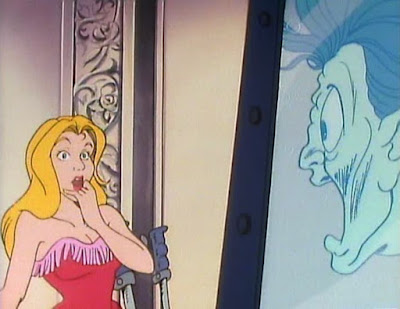 The Ghostbusters are called in and, after a series of adventures (and failing to hold Houdini in their ghost traps), discover that Calamari is the real villain who stole Houdini's secret notebook. Houdini even saves The Ghostbusters in the end.

On the Ghostbuster Wiki, it's said that "for legal reasons, the ghost of Houdini could not bear a direct likeness to the person." I find that surprising because, as far as I know, there is no Houdini estate and no copyright on his image whatsoever. I'd chock this up to spooked lawyers. 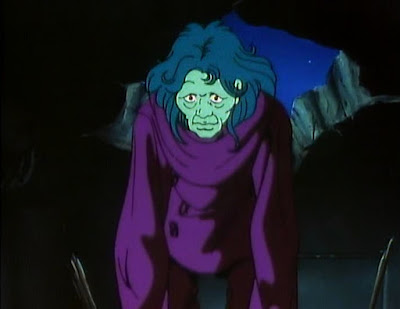 Houdini not looking himself in the afterlife.

"The Cabinet of Calamari" can be found on The Real Ghostbusters Volume 3 DVD available on Amazon.