This press photo recently sold on eBay for $132.50. It's a terrific image that includes four legends of magic in one shot. Care to count them? 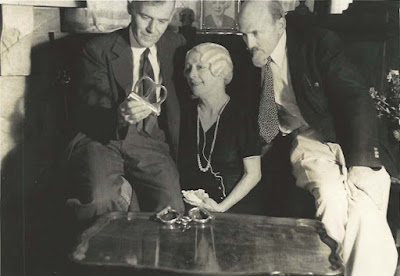 This photos appears to have come from a series of shots, most likely taken in Bess and Ed's Hollywood home during the run-up to the Final Houdini Seance in 1936. I shared another image of Bess and Tarbell as part of my "Hinson Endowment" back in 2013.