Houdini and his electric chair 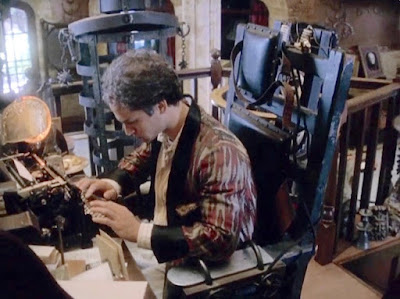 In the 1998 Houdini cable movie starring Johnathon Schaech, there are two scenes showing Houdini sitting in an electric chair in his home. This begs the question; did Houdini own an electric chair? The answer is yes.

Houdini's electric chair, said to be the world's first, was originally displayed at Huber's Dime Museum on 14th Street in New York City where Houdini performed in his early years. According to Kellock's Houdini His Life Story, Houdini and the chair both made their debut at the museum at the same time:

On Houdini's first engagement there, he arrived simultaneously with the first electric chair, acquired by Huber from the Auburn prison, where it had first been used to kill [Kemmler], the murderer, in 1890. When Huber's and its effects were put on the auction block in 1910, Houdini, the indefatigable collector, parked himself at the sale, and the first day he came home in a cab triumphantly bearing the historic chair, which he had acquired for a bid of $6.70. His wife was never able to get this gruesome and unlovely relic out of the house. Whenever she had it quietly removed to the cellar, Houdini missed it and had it brought upstairs again.


Houdini said of his purchase: "I want this chair for sweet sentiment's sake. It came while I did my first week at Huber's." At the same auction, he purchased an Egyptian mummy for $3.

I don't know what happened to Houdini's "sentimental" electric chair (or mummy). But if it was still in 278 after Houdini's death, it's unlikely it was something Bess kept.

So what did Houdini's electric chair look like? If Huber's did indeed get the chair from Auburn Prison, and it was the first, then it is the chair pictured below. A "spare chair" from the prison today resides at Swaby's Tavern in Auburn and can be seen HERE. 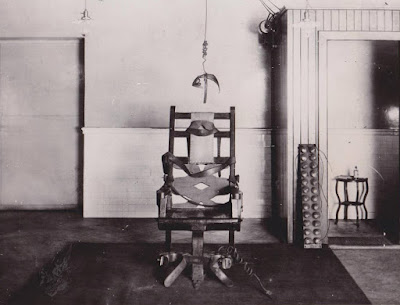 Despite the inherent drama, Houdini never performed an electric chair challenge escape, as far as I know. His only encounter with an electric chair came in his 1918 movie serial The Master Mystery. In fact, the chair we see in that scene does bear a resemblance to the Auburn chair. Could it be Houdini's own? 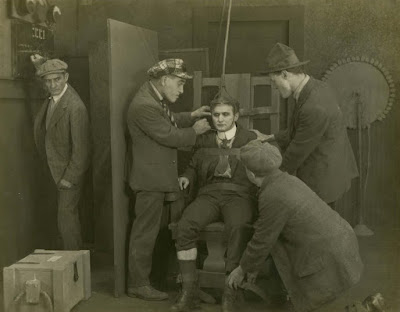 Thanks to Bill Mullins. The photo of Houdini in the electric chair above is Lot 192 in Potter & Potter's upcoming Houdiniana auction.

UPDATE: We now have the answer to what happened to Houdini's chair and also a photo! Check out: Houdini's electric chair - the shocking truth.