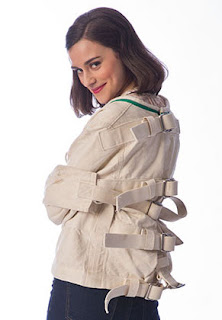 Houdini & Doyle fans in Canada are getting a special treat. An exclusive webseries, Houdini & Doyle's World of Wonders, has launched on the official Houdini & Doyle webpage at GlobalTV.com and on the Global GO app. The series is hosted by Canadian-born Rebecca Liddiard, who plays Constable Adelaide Stratton in the new show.

Houdini & Doyle’s World of Wonders takes viewers inside the magic, science, and beliefs of Houdini, Doyle, and the Edwardian period in which they lived. Rebecca tackles topics such as seances, straitjackets, spirit photography and psychic surgery.

The clips are now LIVE at GlobalTV.com. However, they are only available to view in Canada. Lucky Canucks!

Houdini & Doyle also stars Michael Weston as Houdini and Stephen Mangan as Arthur Conan Doyle. It premieres May 2 on Global TV in Canada and on FOX in the U.S.