The curious case of the incomplete Houdini scrapbook 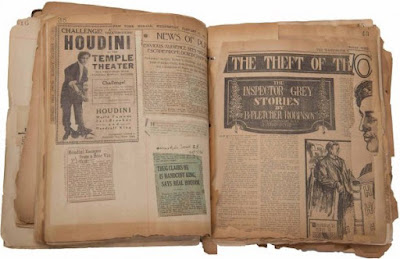 In the recent Potter & Potter auction of Houdiniana, a major Houdini scrapbook sold for a whopping $43,000 (not including commission). This was, I believe, the high price of the auction. Who won it and what will become of it, I have no idea. But according to David Haversat, who runs Haversat & Ewing Galleries, the scrapbook was incomplete. Therein lies an interesting story.

The complete scrapbook was originally acquired by the late Larry Weeks (of Grim Game fame) in 1948. Larry held in his collection for half a century. Then in the late 1990s, Larry invited David to have a look at the scrapbook. Larry said he felt it was time to do something with it. When David returned, he discovered Larry had cut it up!

"He said he wanted to let everyone have a chance on getting a piece of Houdini from the book," says David. "While some would have been really upset, I understood Larry and could not entirely disagree with his logic. The scrapbook was falling apart and Larry's place was jammed with stuff. If the scrapbook was lost or destroyed, then all the historical items would be gone as well."

David handled the sale of the individual items for Larry between 1999 and 2000. Many items sold on eBay and fetched record prices at that time. Among the items sold were at least 20 Houdini challenges, annotated photographs, letters written to Houdini, postcards, tickets for his movies, photos of Bess and Houdini on vacation, and a receipt for parts for Houdini's airplane. With each item came a note from Larry explaining that it had come from Houdini's scrapbook. 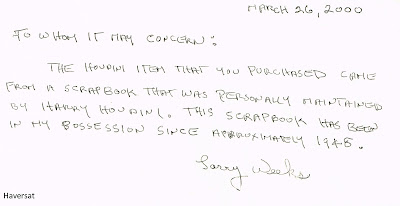 Collector George Daily acquired a good number of the challenges and had them restored. Other major collectors who benefited were Arthur Mosses, Ken Trombly, Sid Radner, Roger Dreyer and Pat Croce (whose own collection was sold in 2014).

Below are a few choice items from the original scrapbook, including a terrific challenge from The Pittsburg Vise that I've never seen before ("The War Between Man and Machine"). There's also an signed affidavit from Houdini to the Pan Pacific Exposition of 1915 assuming all responsibility during his overboard box escape in San Fransisco Bay. I'm excited to share these gems here today. 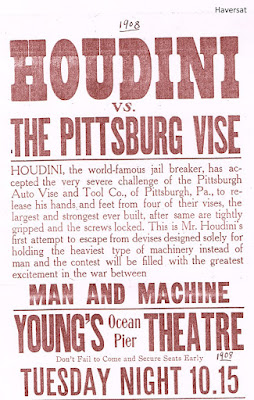 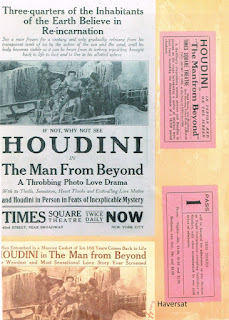 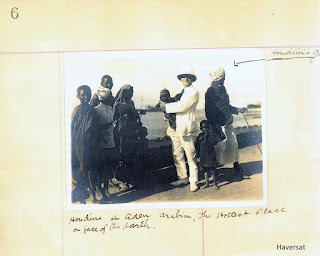 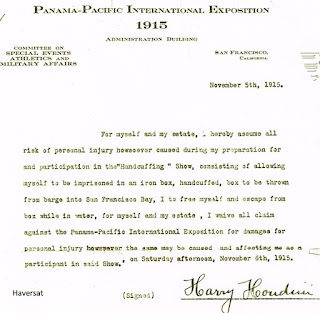 So do you think Larry did the right thing in cutting up his Houdini scrapbook so more collectors could own a piece? Or did he destroy an important Houdini artifact? Sound off in the comments below.