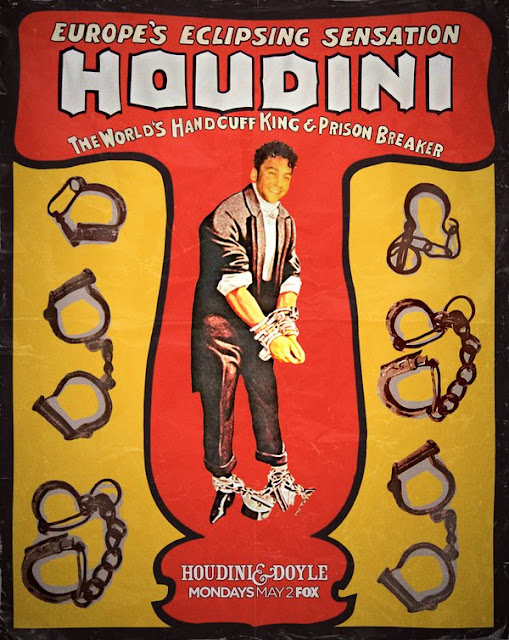 The social media team have also shared the first clip of Michael Weston's visit to the Magic Castle in Hollywood. I had the pleasure of meeting Michael during his visit, so you might be seeing a bit of me behind that bookcase in upcoming clips.

Houdini & Doyle stars Michael Weston as Houdini, Stephen Mangan as Arthur Conan Doyle, and Rebecca Liddiard as Constable Adelaide Stratton. It's currently airing in the UK on ITV Encore. It will air Mondays at 9PM on FOX starting May 2.