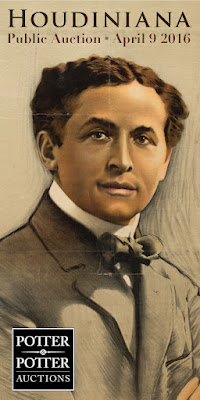 Potter & Potter held their remarkable auction of "Houdiniana" today, and the results did not disappoint. It was a wild ride with some lots soaring to new highs while others offered up surprise bargains.

As I've already reported, the most publicized lot, the unpublished manuscript for The Cancer of Superstition, sold for $28,000 (all prices noted here are before 23% buyer's premium). A collection of letters from Houdini's manager, Martin Beck, which I considered to be the most historically significant item in the entire auction, went for $26,000. A Houdini scrapbook sold for $43,000 in what I believe was the highest price realized. Houdini scrapbooks have certainly become hot auction items lately! 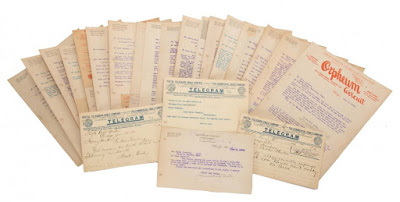 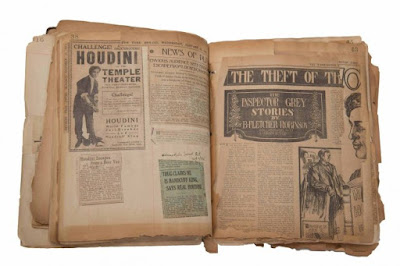 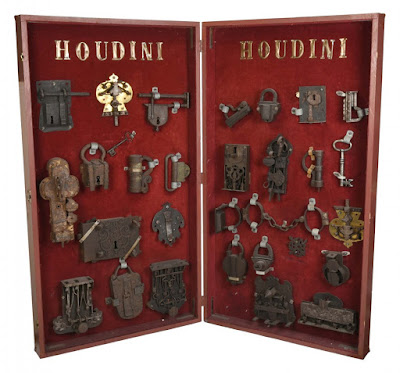 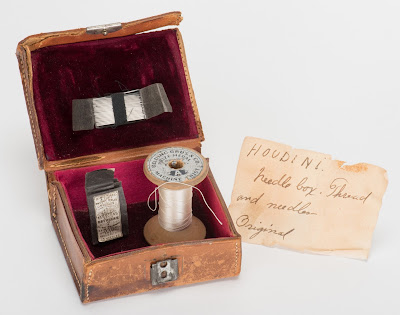 Photos sold fast and furious and ran the gamut of prices. An original photo of Houdini and Ching Ling Foo sold for what I thought was a low $300 (estimate was $400 – $500), while an 8x10 from The Grim Game sold for a surprisingly high $1,500 (estimate $600 – $800). Grim Game stills in general seemed to fetch premium prices. A pic of Houdini and the Roosevelt grandchildren (his toughest audience) sold for $750. A street scene of Houdini shooting a movie sold for $1,900.

But the image I thought was the photo of the auction -- and the one I most wanted for myself -- was the infamous "frenemies" shot of Houdini and Margery at Lime Street. I bowed out and let it go at $1,300 (and will probably kick myself forever). 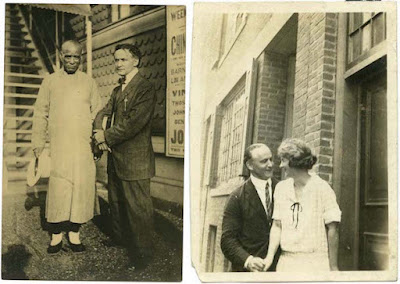 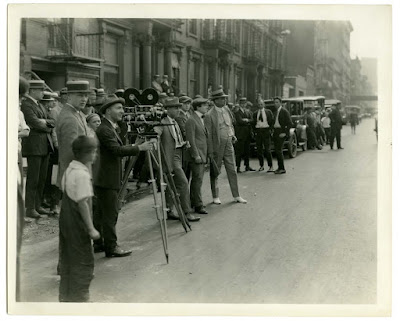 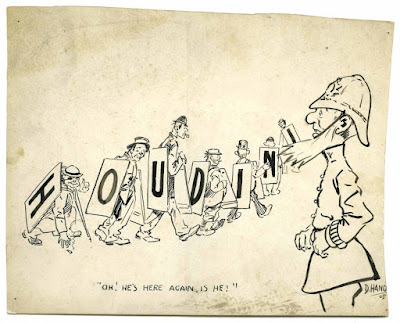 The best bargains seemed to be books. A copy of Handcuff Secrets in very good condition sold for $375. A near fine copy of Magical Rope Ties and Escapes went for a low $250, and The Right Way To Do Wrong for $175. The pitchbook Houdini: His Life and Work in Prose and Picture by Hardeen sold for only $60. 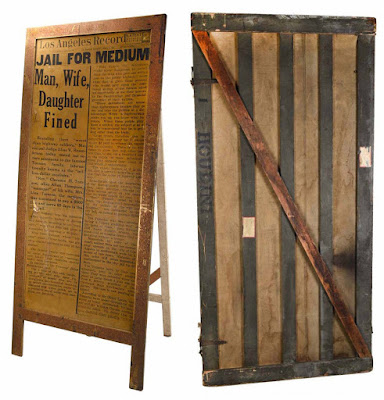 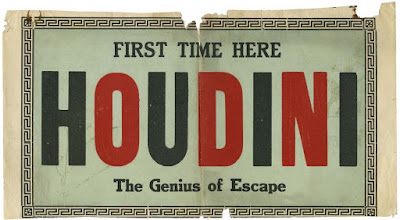 
If you log into Live Auctioneers you can see all the auction results.

Congrats to Potter & Potter and all the buyers and sellers in what was yet another historic and exciting Houdini auction.

UPDATE: These two lots came late in the auction so I missed them yesterday. An unusual signed photo of Bess and Julia Sawyer in French costumes and wigs sold for $2,400. A Robert-Houdin glass column mystery clock brought a whopping $42,000! 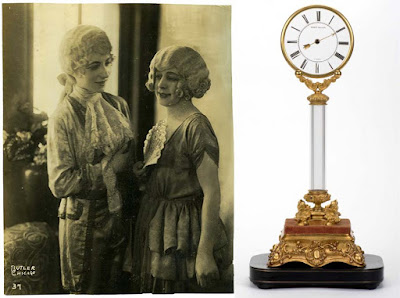