On Tuesday night I had the great pleasure of meeting Rebecca and Allan Taylor at the Magic Castle during their first visit to Los Angeles. Rebecca is the daughter of master escape artist and magician David De-Val, who escaped from every UK jail cell that Houdini had escaped from still in existence. De-Val believed he discovered the untold secret to Houdini's jail escapes, which he published in the book, Cell Escape-The Real Secret. David De-Val passed away in 2002. 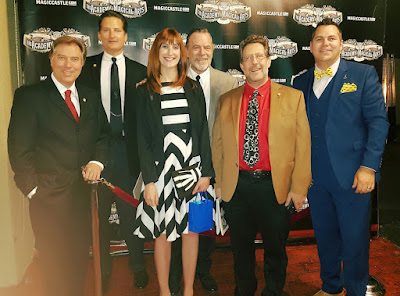 Also in the group were Patrick Culliton, Joe Fox, Cliff Gerstman, and Lisa Cousins (not pictured). Legends all!