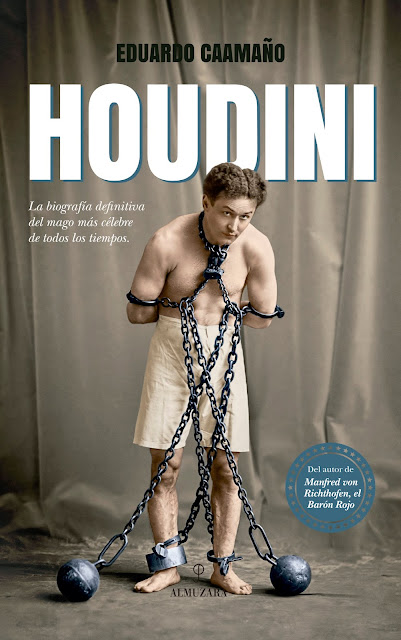 We first got word of this back in 2014 when the author shared a fun photo from La Maison de la Magie Robert-Houdin in France. Now Eduardo tells me:

"The book itself is a current Houdini biography, BUT I tried to write a really true and accurate story and right some wrong of earlier biographies. To achieve this goal I tried to gather information from trustful sources, like your blog for example. I also used as a source some excellent books like Houdini!!! The Career of Ehrich Weiss by Kenneth Silverman, HOUDINI by Milbourne Christopher and Houdini The Man Who Walked Through Walls; all the Walter Gibson’s classics and some specifics ones like The British Tours by Derek Tait. I also bought directly from Patrick Culliton Houdini The Key, which by the way really amazed me.

The main goal was try to offer a full, complete and, most important, accurate Houdini biography to the all those Spanish and Portuguese native speakers who never had the chance to read a full book about his life and career. And they are a lot of people!!!" 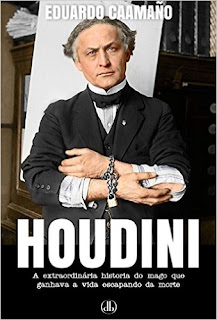 At the moment, Eduardo Caamaño's Houdini is available in a printed edition from Amazon.es and other Spanish and South American sources. However, a Kindle eBook (pictured right) is available at both Amazon.co.uk and Amazon.com.

There are no immediate plans to translate the book into English, but I certainly hope that happens some day because I would love to read this. Maybe one of our readers who understands Spanish or Portuguese can give us a review?

Thanks and congrats to Eduardo Caamaño.