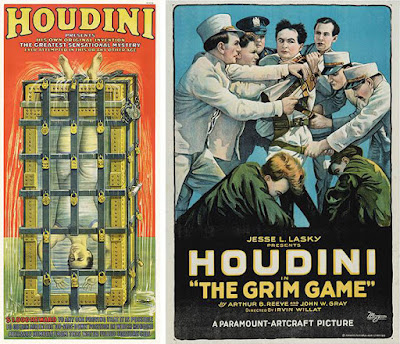 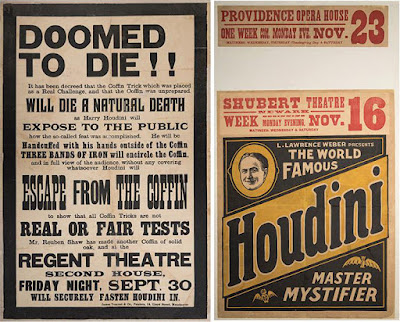 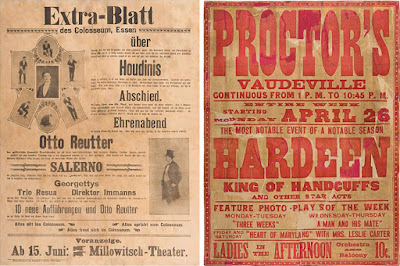 A German playbill for Houdini's 1902 appearance at the Colosseum in Essen sold for $1,920. Hardeen showed that he could surprise like his brother by tripling the low end of his auction estimate and adding $600 to the family.

Potter & Potter issued a beautiful hardbound auction catalog for this sale, which is a collector's item in itself. You can download or purchase a copy at their website. The auction house has not yet announced a date for The Nielsen Collection Part II. It will exciting to see what Houdini posters that next auction might contain.