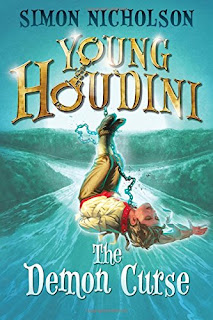 The second book in Simon Nicholson's Young Houdini series, The Demon Curse, is released today in paperback in the U.S. by Sourcebooks Jabberwocky. The story finds young Houdini investigating a mystery in 1886 New Orleans.

It appears the final book in the series, The Silent Assassin, will not be released in the U.S. But the UK edition can be found on Amazon. The publisher's website reports that film rights to the Young Houdini novels have been sold.